BERNINA Overlocker, (serger) Club
Come and learn about your serger while you make projects with us!!

Needles and Hooks
Come knit with us!

Temari Balls
Temari balls are a form of folk art that originated in China and were introduced to Japan in the 7th century. Originally, they were made from herbs and leather, and noblewomen of Japan developed theirs from silk and kimono scraps. The temari ball is a symbol that represents great loyalty or a valued friendship. In modern day Japan, mothers make them for their children as part of New Year's celebrations.

BERNINA Mastery #2 for BERNINA 215, 1008, & 3 Series, and bernette 05
Learn to use your machine and accessories. Sessions include hands-on experience.

BERNINA Mastery #2 for BERNINA 4, 5, 7, & 8 Series
Learn to use your machine and accessories. Sessions include hands-on experience.

Blooming Nine Patch
The Blooming Nine Patch is a fun design that looks complicated although it is actually a very quilt to make. There are only two different blocks used in this design: a Nine Patch and a plain square, cut into 1/4" squares. Arrangement of the blocks creates the "bloom".

Quick Holiday Quilt
Another in our Great Gifts Series. We'll use A 3 Yard Quilt pattern, from the Easy Does It book to make a fast gift quilt.

Quilting with Your Walking Foot
Learn how to quilt your quilts on your home machine. You do NOT have to have taken Beginning Quilting to take this class. This is a "Stand Alone" class and is class two in our Beginning Quilting series. 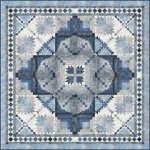 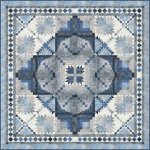 The Road Home Block-of-the-Month
The Road Home is a new 8-month BLOCK-OF-THE-MONTH program featuring batiks in calming grays & blues. It's an elegant queen-sized quilt (90" sq.) with a pieced border and several unique blocks drawing the eye to an intriguing focal center. The total cost of this kit is $300.00 or the MONTHLY KIT is $37.50. If you wish to pre-pay for the entire 8 months you will receive a 10% discount. .

Getting to Know Your Sewing Machine 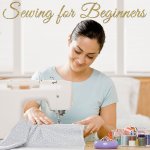 Getting to Know Your Sewing Machine
Do you have a new (or maybe inherited) sewing machine that you don't know how to operate? Then this is the class for you! All brands of machines are welcome.

Basket of Charms
Another Great Gifts Class. These handy little baskets are wonderful gifts and fun to make.

Booklet Pouch
Our Great Gifts Series. Fill a Booklet Pouch with trinkets and give as a gift to someone you love! 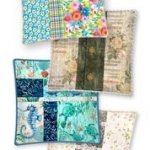 Sew It Yourself Pillow
Take a moment for yourself and join our group of of creatives in our new Sew-It-Yourself Pillow class. We will guide you one stitch at a time so you go home with something NEW you MADE yourself!


Our address is 7327 Peppers Ferry Blvd., Fairlawn, VA 24141. If you have any questions, please email us at sewbiz.radford@gmail.com.